GHD sit-up is a sit-up but involves no trunk flexion. For the GHD sit-up, the pad is set so that the pelvis is free, and the athlete descends back to touch the ground and then comes back to a seated position.

Though the hip flexors are the primary movers in the GHD sit-up, the abs play a strong role in stabilizing the torso to prevent hyperextension of the spine. GHD sit-up recruits the abs powerfully in two ways. First, the movement takes the trunk from hyperextension to full flexion, albeit with a negligible load. Second, the role of the abs in this sit-up is powerful and largely isometric—i.e., they stabilize the torso from an undue extension.

Role of Pelvis, Thigh, and Spine during GHD Sit-up

The below illustration and table describe the muscle, origin, insertion, and plan of action for the pelvis region.

The below illustration and table describe the muscle, origin, insertion, and plan of action for the thigh and knee joint region.

Spine of range of motion

The below illustration and table describe the muscle, origin, insertion, and plan of action for the Spine region. 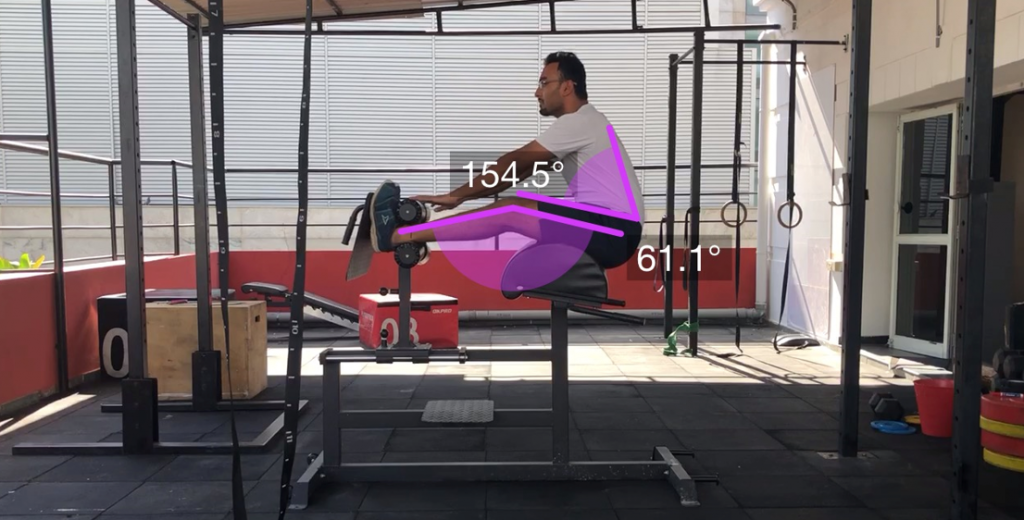 The setup position of the GHD sit-up starts with the pad being placed such that the athlete’s hip is free (shown in the below image), and their glutes are clearly off the pad. This is a starting and end position.

The full range of motion for the GHD sit-up is for the shoulders to be slightly lower than the hips (moving into slight spine extension) with the abdominals still braced (shown in the below image). Depending on the athlete’s anthropometrics and GHD model, a target (e.g., plate, medicine ball) may be used to set the proper end range of motion. The hip flexors accomplish the predominant amount of work to pull the torso back to vertical. However, this movement works the abs because there is a large amount of stabilization by the abdominals to prevent excessive movement of the spine through a broad range of motion. 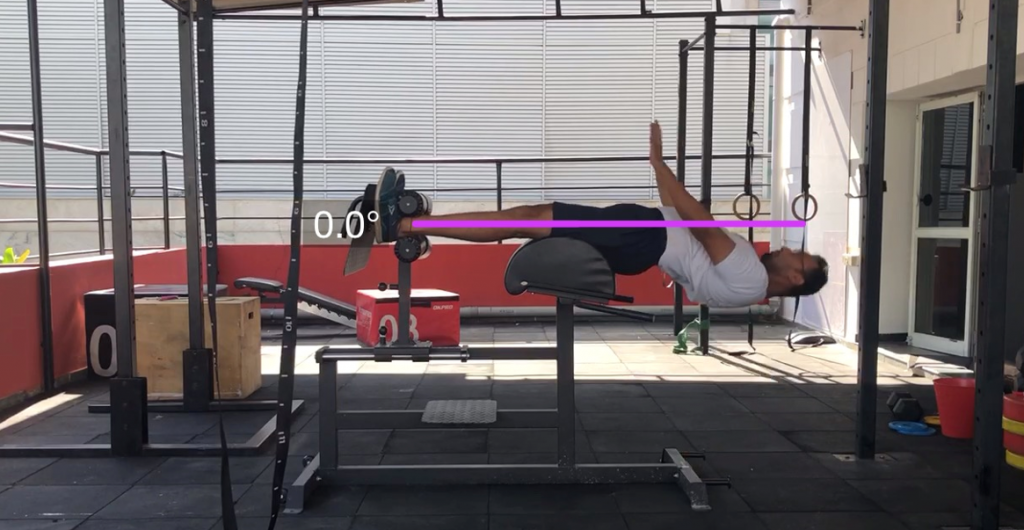 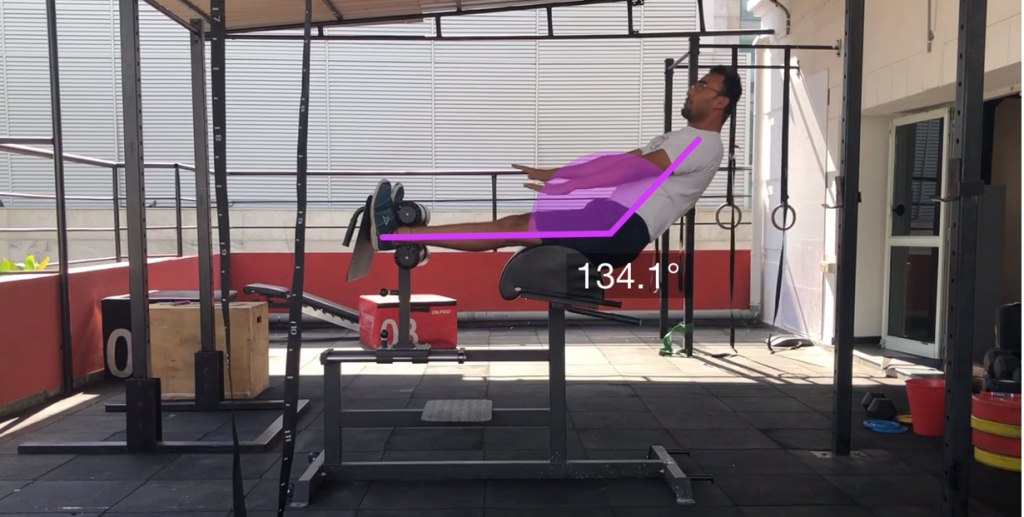 To come up, athlete demonstrate a fast change of direction to sit up, and the abdominals must contract statically to prevent undue hyperextension.

The hip flexors include the iliopsoas and rectus femoris. The iliopsoas originates at the lumbar spine and attaches to the femur. In the sit-up it pulls the athlete to be seated by the lumbar spine, potentially creating nettlesome shear forces on the spine. The Rectus femoris is the top piece of the quadriceps and it both extends the leg and flexes the hip. The Rectus femoris originates at the pelvis and attaches to the patella via the patellar tendon. In the sit-up, the rectus femoris pulls the athlete to seated from both the pelvis and the iliac spine.

The spine is not static throughout the entire movement. There are some flexion and extension of the abdominals: The athlete extends past neutral slightly at the bottom to take the trunk through a greater range of motion, and there is often some flexion for the athlete to reach the pads. This range of motion is found in sport and life, and in this context, presents a low risk because of the low axial load on the spine.

The primary benefit of this movement is to develop the strength of the core musculature to prevent movement of the spine in a high-force/high-velocity setting. The static contraction of the abdominals is more potent than a dynamic one seen in crunches. Carefully introduced and practiced, the GHD sit-up is a potent tool for reeducating the athlete to use the hip flexors more efficaciously and safely.